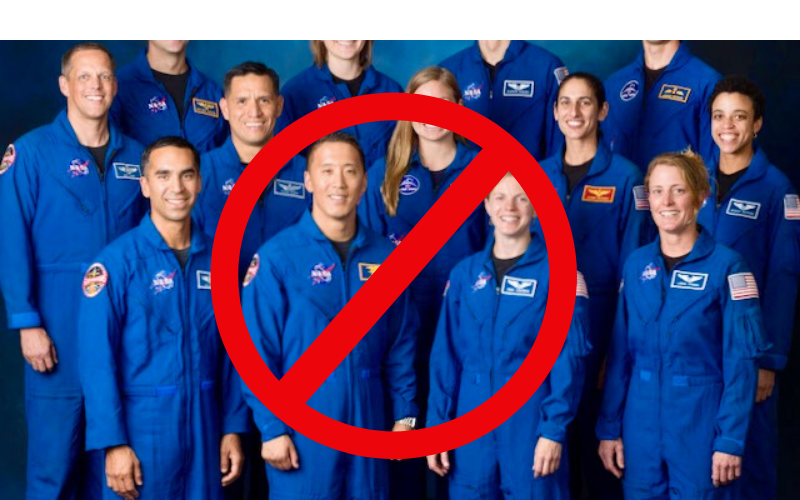 NASA has plans to send astronauts to the moon and then Mars. There will be a program to do this, tentatively named Aries, for the Mars portion at least. The crews are being carefully selected from thousands of applicants. They will be thoroughly trained. They will fly missions, and return in glory and perhaps a good old-fashioned tickertape parade.

I don’t think that’s going to happen at all.

Why so pessimistic? I’m not being pessimistic; I’m being optimistic. The last thing we need is a vast and complex program to send astronauts back to the moon and Mars. We can do much better.

Framing space exploration and settlement in terms of “programs” and “missions” is an example of 20th century thinking. It’s a Cold War approach that made sense when the space programs of the United States and the Soviet Union were geared toward global rivalry and one-upmanship that would determine which side—democracy or communism—would be the dominant world power and the system to be adopted by developing nations.

Apollo had a national defense origin and hence it can rightly be classified as a military operation. At peak spending in 1964-66, NASA consumed four percent of the total federal budget, almost all of that geared toward making lunar landings a reality. In today’s dollars that comes to $168 billion per year, eight times the current NASA budget.

And going to Mars is will be tougher and more complex than going to the moon.

Without a solid national defense justification, a massive and expensive decade-long project to send small groups of astronauts on missions to the moon and Mars makes no sense. It remains popular in the public imagination—and on government planning documents—because everyone is familiar with the idea, as that’s the way Apollo was done. An Apollo-style program for Mars, peopled with highly trained pilots and scientists, is plausible to us.

I believe reality will be more interesting and exciting.

I was a pre-teen during Apollo, and I remember how public interest dropped off a cliff after Apollo 11 (there was a brief spike during Apollo 13 because the astronauts almost didn’t make it home alive). Each mission saw a smaller and less interested television audience. By the third and fourth Apollo missions, most people would rather watch something else on TV than the astronauts—Here’s Lucy, The Brady Bunch—anything at all. A common phrase repeated everywhere in 1971-72: “We have the money to go to the moon, but we don’t have the money for . . . ?” followed by the person’s desired expenditure.

President Richard Nixon canceled Apollo 18, 19 and 20, even though the Saturn V launch systems for those missions had already been built. The reason was lack of public interest.

Take it from someone who has seen this in real time, watching astronauts on a space mission is not very interesting or exciting. It’s rather dull, even if they’re driving a moon buggy. Even in an era with no home computers, no public internet, no video games, and maybe six or seven channels on your TV, people weren’t much interested.

Under our political system, space programs and missions need continuous support from the voters, or they will be canceled. This is easy for a presidential administration to do, especially if it was the preceding administration that launched the project. In the case of Apollo, our leaders decided to abandon the moon and develop a new launch system—the Space Shuttle—that didn’t fly for another nine years. All this occurred in an era where any kind of space travel was a novelty.

What about exploration? Shouldn’t we fund exploration projects to the moon and Mars? Yes, but exploration doesn’t need to involve humans on-site at the moon or Mars. Robots have done (and will continue to do) a spectacular job of exploring while humans stay at home—and this approach is far more economical than sending astronauts as explorers. One of the top space scientists of the 20th century, James van Allen, made powerful arguments favoring robotic space exploration. As a former student of Dr. van Allen at the University of Iowa, I became familiar with his compelling logic we can earn more “bang for the buck” by exploring space with automated probes.

Yes, humans can and should spread out across our solar system. But not just to explore. The best reason—the only rock-solid reason I can think of—will be to live there.

But why live somewhere besides Earth?

This was a vexing question for space enthusiasts during the 1970s, when plans to build bases on the moon and Mars were postponed indefinitely and we couldn’t think of a valid reason to go beyond Earth orbit.

Ideas emerged: we will obtain material resources from space.

This concept corresponded with the sudden onset of the energy crisis, and widespread fears that our planet was running out of resources, concerns aggravated by a flood of popular “doom & gloom” books. Millions of people believed there would be no metal to mine or fossil fuels to power our civilization by the 1990s or soon after, so it was imperative to find alternate sources as quickly as we can.

So began the widely accepted conviction that space can and should supply us with a source of commodities such as iron, tungsten, copper, and nickel (mined from asteroids) and even electricity beamed to Earth via microwaves from Manhattan-sized “powersats” in geosynchronous orbit. These megaton powersats would be built by a construction squad of 10,000 people using materials mined on the moon.

The amazing prediction was that we could do all this by the 1990s. In fact, we would have to, or we’ll run out of resources in our lifetimes.

The concept of using space as a source of material resources never quite died out. On the contrary, many space enthusiasts today believe it is the chief reason we should explore and settle the solar system. They are convinced we can return commodities such as iron, tin, and copper (which trade around two or three dollars per pound) to the Earth’s surface, from the asteroid belt or the moon, profitably, within our lifetimes.

Some space flight advocates believe this is our best reason for going into space. I disagree.

Regardless of your level of technology, I think it will always be cheaper, faster, safer, and far less risky to obtain any commodity from the Earth’s crust than from any celestial body.

I’ve found that some space enthusiasts will resist that assertion, as it threatens the only reason we must go into space at all. If it’s true, they assume, we’re stuck on Earth.

I disagree with that too.

I’d like to offer three forecasts about humans in space during the 21st century. They may seem contrarian at first, but I believe they are grounded in the facts of history and economics.

Prediction number three may seem preposterous. But it is historically accurate, and the pieces are converging today. The colonization of the east coast of North America during the 17th century—particularly the James River and Massachusetts Bay settlements—proceeded in the manner I describe above: small groups of misfits and adventurers, tired of the status quo at home, raised the money to set out to the New Land and create their own destinies. They had no guarantee of success or survival. They went with what they had, as soon as it was possible, and did the best they could.

That’s what humans have always done, and I believe we will continue that practice in the 21st century. It’s who we are.

Glenn Damato studied physics and astronomy at the University of Iowa. He served in the US Navy as a nuclear propulsion plant operator aboard an attack submarine. He has worked as a cook, a taxi driver, a car salesman, a loan officer, a debt collector, a technical support engineer, and a software instructor. A lifelong space and aviation enthusiast, he holds a pilot’s license and while at sea level he enjoys sailing. He is the author of the bestselling memoir Breaking Seas. The Far Shore is his first novel.